6 years ago, I would have never seen myself as the Outdoors type Girl I am today.

I absolutely DESPISED camping. But when I met Nick, he convinced me to try a few more camping trips, so I packed the items the Internet had told me to pack and set out for my first overnight canoe camping trip down the Root River.

And it was magical.

As an English major, I’ve read a few nature-themed classics- Thoreau, Emerson, Frost you know, the romantic, “Back To Nature” types (or transcendentalists.) I had dreamed about the lives they lived and wrote about. On that first canoe trip, I was called to the outdoors (or even… heard the call of the wild…) Nature brought me back to those quotes from Walden about living deliberately.

Since that trip, there have been 4 transcending lessons I’ve learned to bring more ruggedness into my life.

1. Give up on Special Gear.

You don’t need gadgets and gizmos aplenty to be a part of the natural world. Our culture of consumerism tries to sell you all sorts of things in order to make your outside adventure more comfortable. For example, those weird pee tubes so that you can go to the bathroom standing up…

Let’s face it, nothing’s going to be as comfortable as your bathroom at home! You need to accept that, this minute, and not waste valuable packing space on random gear you’ll probably never have handy in the moment of need.

At the end of the day, no item is going to make the outdoors as cozy as your modern, luxurious life. You might as well think long and hard about what it is that you actually need to survive a wilderness exploration.

2. Get Used to the Bugs, They are a Good Thing!

Did you know that bugs are a sign of a healthy ecosystem? Cities all across America bug bomb public areas, killing off species and diminishing the bug population by 80%!

That’s awful! Insects are the most diverse phylum of the animal kingdom! Plus, they’re the food that keeps so many other animals alive. If there were no bugs, there would be no food for creatures like bats, spiders, birds, frogs, lizards, etc… All sorts of animals are dependent on bugs to survive, and there are many animals that depend on those other animals for food… the food web must live on!

Obviously, bugs aren’t fun to deal with. But ultimately, you have to put mind over matter. If you’re coated in bug spray, you’re somewhat protected… Bugs will still be there, but that’s just a situation you’ll have to deal with when you walk outside anywhere.

3. Dress for the Occasion.

There’s nothing worse than extreme sunburn on your legs and not having pants. Or missing an extra layer of Under Armour while trying to sleep through a cold night.

Preparing for the weather is the easiest way to make yourself comfortable while outdoors. During my last trip to the Boundary Waters, it rained for literally 12 hours straight! But with a rain jacket, Chacos, and the idea of dry clothing to wear in the tent, I was able to muscle through it and canoe the most remote region of the Boundary Waters- The Frost River.

If the weather had stopped me or made me change my plans, I wouldn’t have experienced the beautiful, cloudy day of paddling and portaging.

4. Don’t Be Afraid of a Close Animal Encounter.

Before my first trip to the Boundary Waters, I was terrified of being attacked while exposed in the wildnerness. I searched the internet to calm my nerves, but all I could find were endless stories of close encounters! I thought for sure I was going to die (I know, a bit dramatic!)

Eventually, I realized that everyone was bragging about their rare encounter with animals. In reality, you’re not likely to see or notice anything scary while out in the brush.

Now, I’ve seen plenty of turtles, fish, chipmunks, loons, a few moose, and even last summer a pair of otters! Most of these encounters the animals kept their distance, they’ve never ruined my campsite, nor charged me on a portage. You’re completely safe wandering through the woods, life isn’t a horror movie.

Support Each Other As We Adapt

Every woman is at a different step in the process of becoming an outdoors type girl. I have one friend that has lived in the woods, off the grid, working as a camp counselor, and another that refuses to get out of the car at a State Park. I don’t judge either of these people, they like what they like.

Take all of my advice with a grain of salt, these are the things that work for me. The truth is that the outdoors are easily accessible, there are parks and trails everywhere to travel to and enjoy. And many times, it’s free!

It’s like Henry David Thoreau said, “I believe there is a subtle magnetism to Nature, which if we unconsciously yield to it, will direct us right.”

Get outside, get bitten by bugs, and pee without a pee stick. It’s totally worth it.

Every Piece of Gum Loses Its Taste 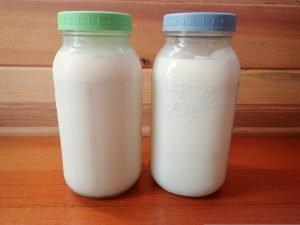